Nestled in the highlands above the deserts of the central state of San Luis Potosi, Real de Catorce is a Magical Town settled by Spanish conquistadors in 1774 as a mining town. Towards 1863, Real de Catorce´s silver coin mint house became the most important in the country, before being shut down around 1865. Just a few miles away, you will find the Cerro del Quemado, which is the Huichol people most sacred site, and where yearly pilgrimages from around the country converge. Most intriguing, towards the early 1900´s all except the most die-hard locals abandoned Real de Catorce.

Today, the hand-chiseled 1.5 mile Ogarrio tunnel leading into Real de Catorce is more a time-machine, than an access road. When you emerge on the other side, the magic of the village takes you back to another era. Quaint small hotels, restaurants, restaurants and houses, all made out of stone, give Real de 14 an old feeling incredibly inviting.  The winding roads taking you to the old and abandoned mining settlements and buildings are an adventure by themselves, especially if you ride them on top of a Willy! 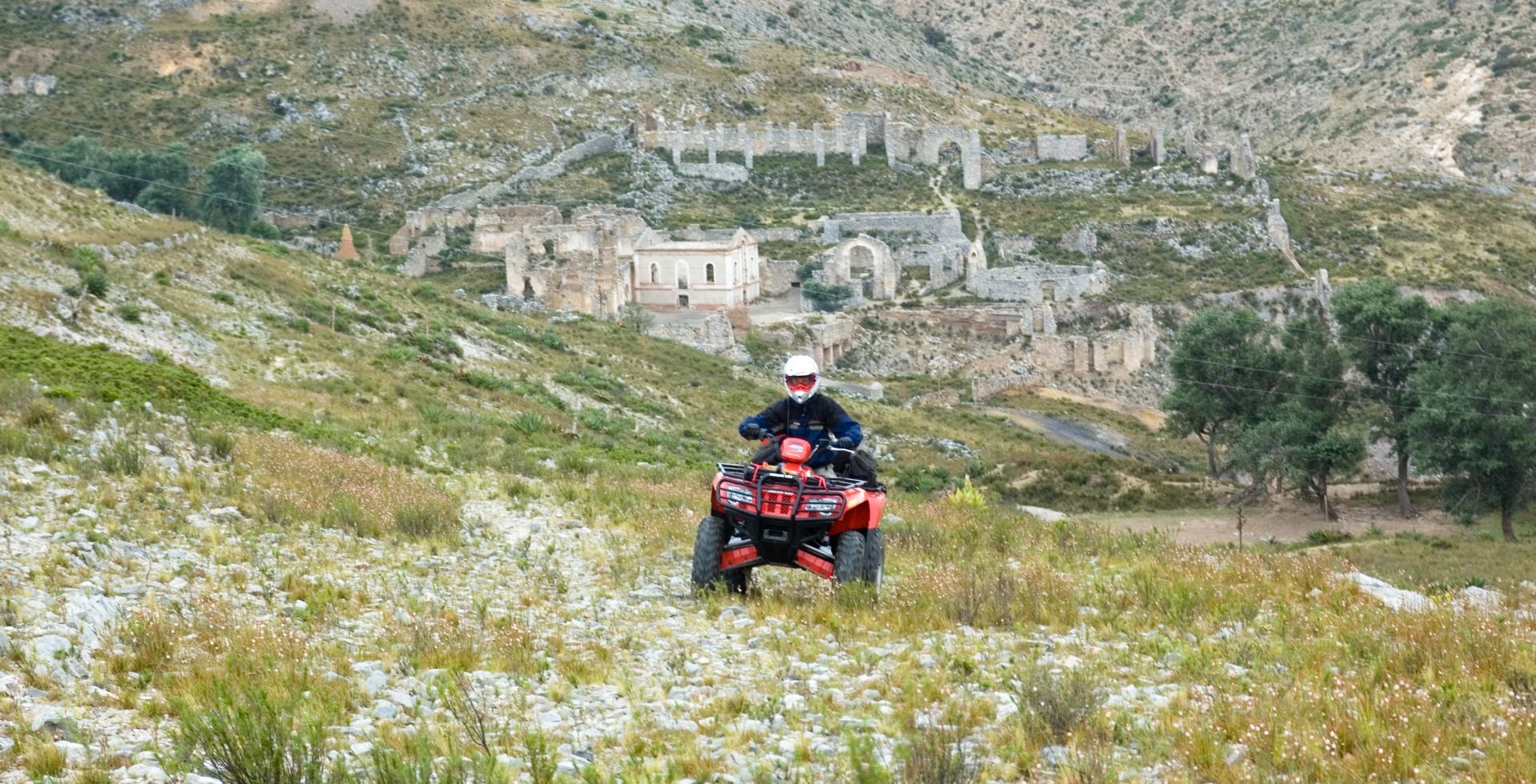